In the midst of 21st century we are able to enjoy various benefits from the civilizations that have hitherto developed.
However, at the same time materialism has been manifest and ethics is collapsing. Let’s go to the16th century Andong to search for the answers that will save the current era. 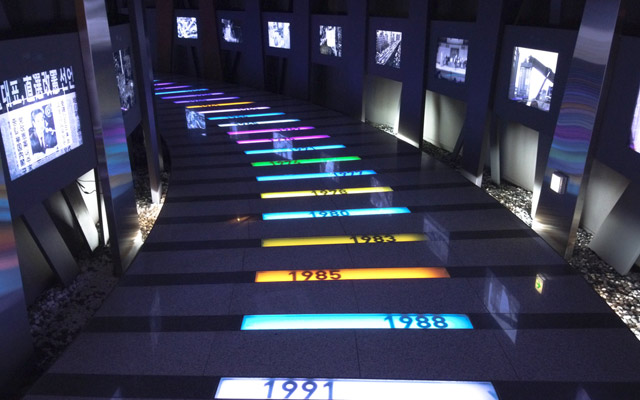 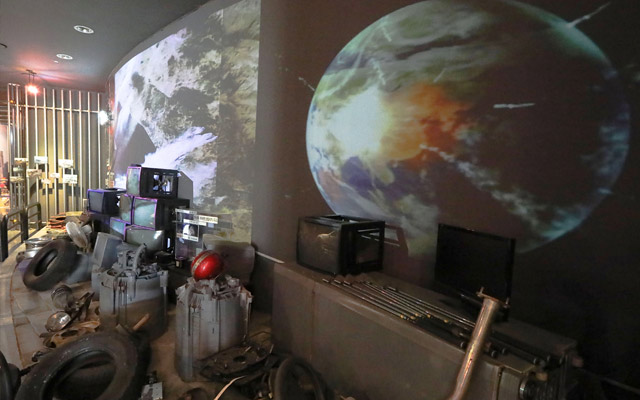 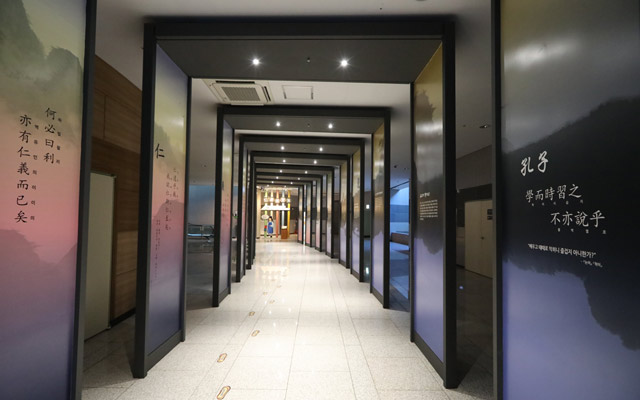 Confucius who is the originator of Confucianism was born in Chunchu Dynasty China, in Roh Kingdom. However, despite his difficulty he continued his studies and as time lapsed he gained recognition as a wise man who received requests from students that craved for learning from him. Later, he became successful as a law officer, but as the politics of Roh Kingdom falls into difficulty he became disappointed with the situation and disposed of his position as a government official and travel throughout the kingdoms to find a place for ideal politics. Eventually, he fails to carry out his mission and returns to his home where he concentrates solely on education for his students. After he passed away, his students carried on his teachings and Confucianism began to spread widely. They collected his teachings which he passed on to his students during his lifetime and made a book. This book is called is 『Analects of Confucius』 which is well-known today.

The character, ‘Yu(儒)’, which comprises the word in Scholarly Confucianism or Religious Confucianism(儒學) and refers to person who follows the teachings and mentality of Confucius. ‘Yu(儒)’ is originally a character that means smooth, permeates, and sheen. Later, the character has transformed to refer to a person who can smoothly infuse the teachings of the sages from the past to others, or in other words, educator or scholar. In conclusion, Confucianism can be summarized as a learning in which a person cultivates his/her mind with the teachings of Confucius to become a person with great character and later pass on the doctrines to others to make the world a more comfortable place.

What is the most Basic Teaching in Confucianism?

Confucius emphasized 'In'(仁:humanity)' as the most important element. The character of ‘In’ is comprised of human(人) and 2(二) which adds up to mean two people, and when two people become acquainted what comes and go between them? It is love. You may think of this as a cliche where all kinds of religions talk about. However, 'having mercy to all living things' or 'loving everyone equally' is in fact a difficult thing in reality. Can you like the lady next door as much as you like your mother? Therefore, Confucianism provides that one should love his/her family above everyone else. If one is good to his/her parents, he/she will naturally be respectful to other elders, and if one gets along well with his/her friends, wouldn’t he/she be able to get along with the friends of his/her friends as well? Love, in Confucius terms, is starting to share love with the people that are most close by and further spreading the sentiment to others and ultimately to the world.

When was Confucianism Introduced in Korea?

Confucianism gained its importance as knowledge regarding Confucianism began to be tested for selecting bureaucrats in the state exam system in Goryeoh Period. In particular, in the end of Goryeoh Period the Neo-Confucianism which was a philosophical completion of the former idea of Confucianism was adopted and carried out the role of a prime mover to establish Chosun and develop new policies and cultures. Meanwhile, scholars such as ‘Giljae’ who were persistent with keeping the loyalty towards Goryeoh did not pursue the position of government officials and carried on the studies pertaining to scholarly attainments while raising students, and such attitude that deemed the authority as vulgar and hating injustice has created and is reflected on Korea’s unique literary style.

How did Confucianism Develop in Korea?

In Korea, the history of Confucianism dates back all the way to before the Period of Three States. The kings of the three states realized that the ideas of Confucius could be helpful in ruling the state, and therefore applied his ideas to all kinds of areas in politics·education·policies to develop their respective states. By having a look at ‘Sesokogye,’ which is the mandate of Hwarangs from Shilla who were the prime movers of the unification of three states, one can find that the contents were greatly influenced by the ‘Sanggangohryun’ of Confucianism in the aspects of being loyal to the king (事君以忠), fulfilling one’s filial duty(事親以孝), having trust when befriending others(交友以信), and not retreating during war(臨戰無退). Meanwhile, people from Baekje, where Confucianism was accepted even earlier than Shilla, were active in spreading Confucianism to Japan as well.